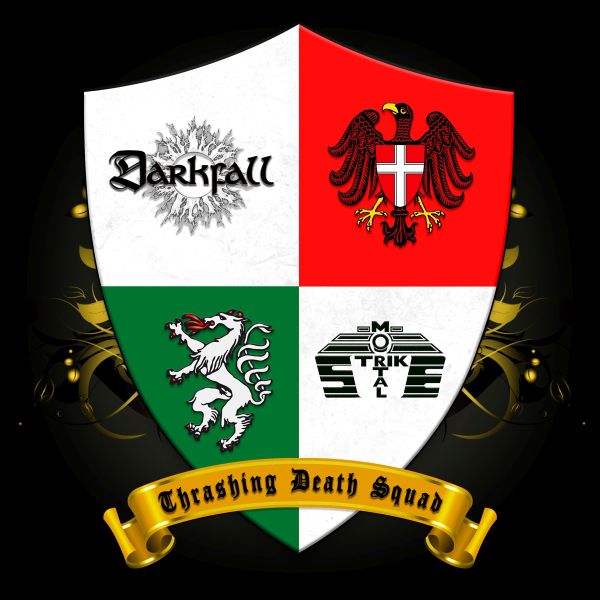 Austrian collaboration!When two Austrian scene institutions join forces to pay homage to metal, to themselves and to the raw thrash with new songs, only good things can come out of it.This is what happened in this case with Darkfall, which was founded in 1995, and Mortal Strike, which have been making the stages unsafe since 2009 and have sinceearned a small cult status in the heavy metal underground scene.On "Thrashing Death Squad" both bands offer two new songs each, flanked by a cover version of the other band and another cover of a metal classic. In the case of Darkfalls ,Hail To The Warriors" it is a medley of Manowar's "Hail And Kill" and ,Warriors Of The World", while the Viennese thrashers from Mortal Strike have takenon Tankard's "Freibier".The plans for this joint project have been in the drawer for quite some time, as both bands share an extremely friendly relationship, but had to be postponed several times in the turmoil of the Corona Pandemic. According to the motto "what lasts long becomes good", the long-awaited split album is now finally available and should not only inspire the friends of solid, death-inspired thrash metal!