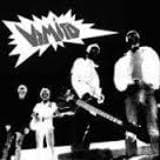 Long awaited reissue of the first album by the band from Gipuzkoa (Basque Country) originally released in 1987. Considered without a doubt Vomitos best album, it is a fundamental work to understand punk-rock of the 80s in Spain. Rough sound and explicit lyrics in a record that oozes attitude, discontent, frustration and violence through and through. A record that effortlessly gets in any top ten list of the best punk-rock albums sung in Spanish of all times. A reissue totally faithful to the original edition in what concerns cover and inner sheet with the lyrics that also offers, as it happened in 1987, a limited edition of 200 copies in red vinyl. This album is included in the "The Missing Tapes" series of record label "GBR/Guns of Brixton Records" since the original reels have been restored and remastered with maximum respect to the primordial sound. The result is a spectacular sound that some of us believe beats the original edition in power and punch in a set of tracks that are pure adrenaline. A rock solid rhythm section, an unnerving and dark guitar and the unmistakable voice of Victor build up an exceptional jewel of 80s macabre rock. Limited edition of 1000 copies in black vinyl and 200 in red vinyl, with a 20-page colour magazine covering the career of the band from is beginnings to the presentation of this first album.