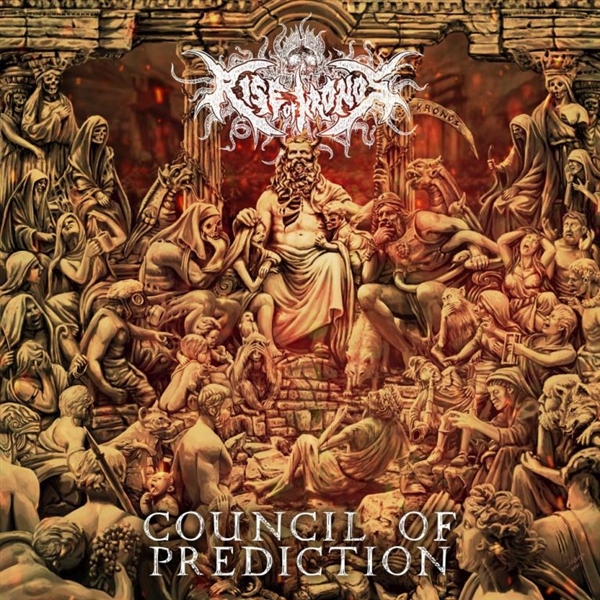 With Greek mythology to Olympus Rise Of Kronos emerged from the former Hamburg death metallers Surface in 2021 with an identical line-up. After 11 years, it was simply time to open a new chapter and at the same time to continue the previous legacy, or rather to put it on a new level. In terms of content, the band now focuses more on Greek mythology and Hellenic philosophy - and named themselves after the title of their full-length debut from 2015: Rise Of Kronos. Stylistically, Rise Of Kronos offer gloomy, modern and straightforward death metal that does not deny itself influences from progressive metal, Swedish death and even hardcore, but all of which are subordinate to the brute arrangements. Council Of Prediction was produced in Hamburg's Chameleon Studios under the direction of Eike Freese and Denny Meissner, and contains, in addition to the 7 regular tracks, three songs which were also sung by prominent guest vocalists. On "Cycles", "Boiled Alive" and "Divine Betrayel", Britta Goertz (Hiraes), Thomas Gurrath (Debauchery) and Lukas Swiaczny (Stillbirth) do the honours and round off the longplayer with their performances