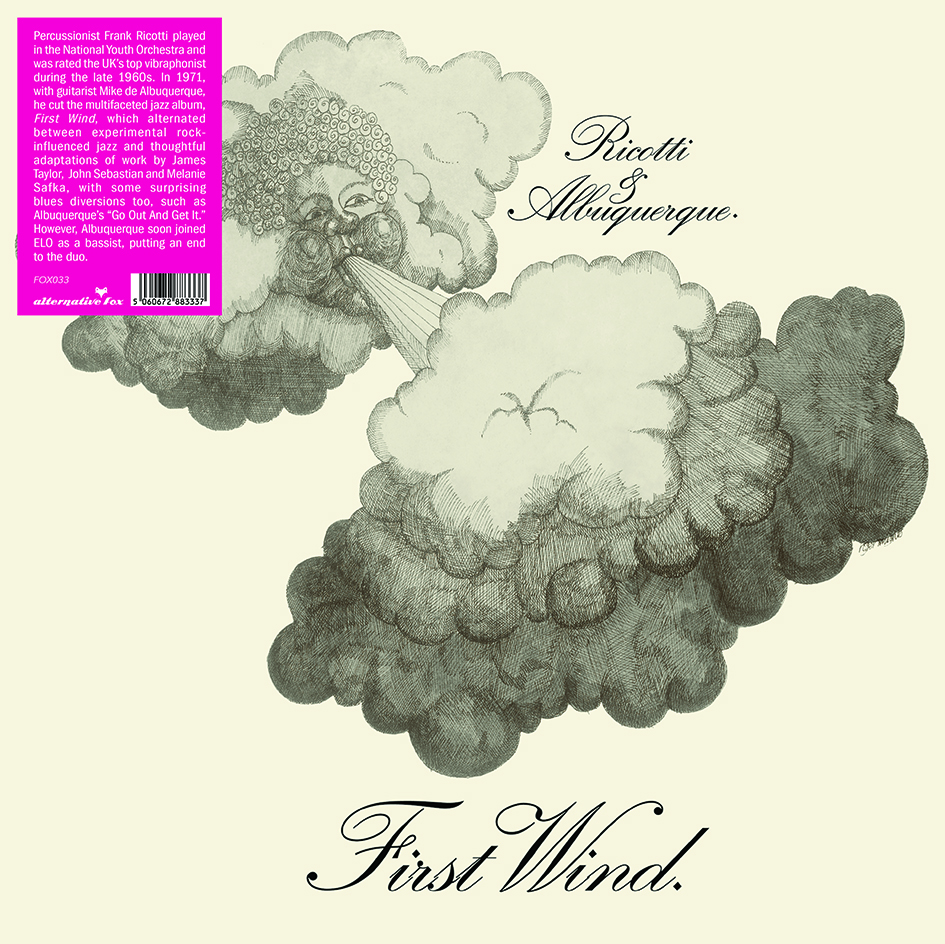 Percussionist Frank Ricotti played in the National Youth Orchestra and was rated the UKs top vibraphonist during the late 1960s. In 1971, with guitarist Mike de Albuquerque, he cut the multifaceted jazz album, First Wind, which alternated between experimental rock- influenced jazz and thoughtful adaptations of work by James Taylor, John Sebastian and Melanie Safka, with some surprising blues diversions too, such as Albuquerques "Go Out And Get It." However, Albuquerque soon joined ELO as a bassist, putting an end to the duo.