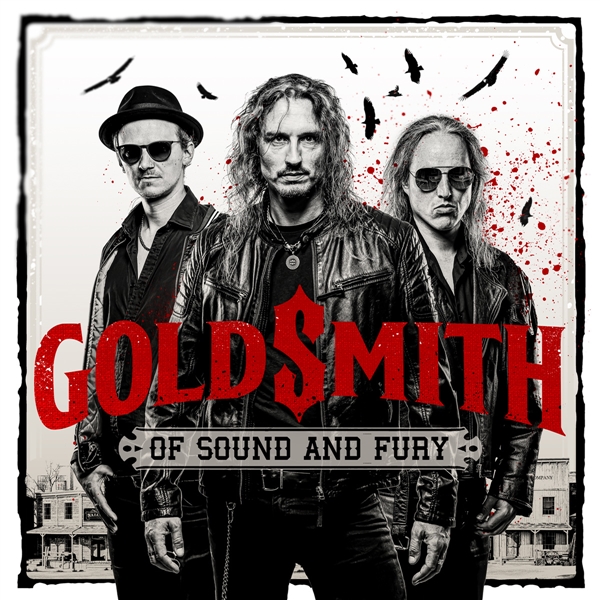 Of Sound And Fury

Classic Rock meets Thrash Metal! This album "Of Sound And Fury" closes a small circle of German metal history: 20 years after the last album by the legendary thrashers from Blackend, mastermind Michael Goldsmith returns under the roof of MDD Records and thus also musically a bit "back to the roots". In the meantime, Goldsmith has not been entirely idle, touring worldwide for 10 years with blues-rock icon Bernard Allison from Europe to Asia and Africa, where he matured musically. For the third album which appears now under his own name, Goldsmith has strengthened himself with experienced musicians of the scene and delivers an album with a new line-up, which stylistically combines his most formative musical experiences. "Of Sound And Fury" is not a simple metal album - the influences of classic rock and blues are too prominent for that - and yet die-hard fans will easily recognise the clear borrowings from thrash metal or the unmistakable style of Blackend, be it in the sophisticated guitar work, the demanding solos or simply Goldsmith's unmistakable vocals. "Of Sounds And Fury" offers entertaining rock with a more than clear homage to his own thrash metal past and was produced, mixed and mastered by Christoph Brandes, who himself is part of the current line-up as a drummer, at the scene-famous Iguana Studios.

1. INHERIT THE WORLD
2. WHEN A SOUL LEAKS BLACK
3. THE PARADE OF EUPHORIA
4. DEMONS OF YOUR WORLD
5. FOR THOSE WITH THE DREAMS THAT WERE CRUSHED
6. HERO
7. HIGHER, FURTHER, FASTER
8. THE REPRISE