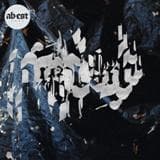 ABEST from Northern Germany are blurring the lines between atmospheric Post-Metal and bleak Hardcore to create a dark and compelling emotional atmosphere. Formed in late 2011, they released their demo in March 2012, followed by a split 7" with the Irish crust-outfit Absolutist in September 2013. Their well received debut full length ASYLUM was released in May 2014 via This Charming Man Records, home of bands like The Tidal Sleep or Messer. After playing shows with Sludge and Post-Metal heavyweights like Downfall Of Gaia or Buried At Sea, Abest will release their new 12" EP LAST in May 2016. LAST is mastered by Brad Boatright (Old Man Gloom, Nails, Oathreaker) and contains four songs that are a lot more uncompromising than the bands past material. LAST sums up the past two years of Abest, their intense live performances and shows a style of Post-Metal, that will leave you breathless and satisfied at once. For Fans of Cult Of Luna and Primitive Man.