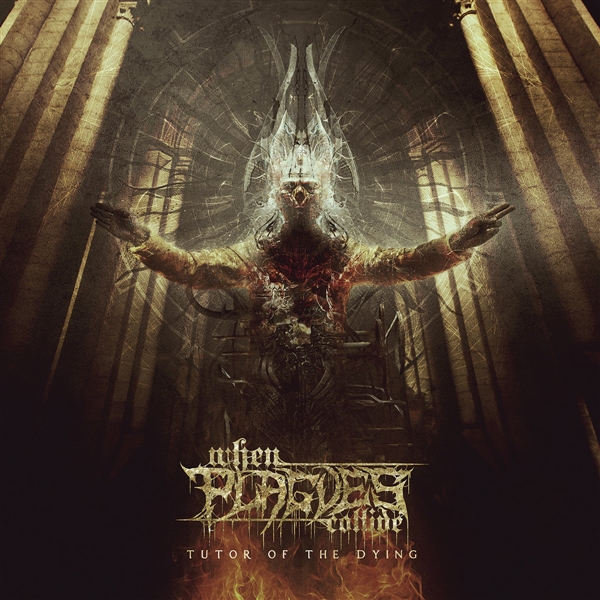 Tutor Of The Dying

When Plagues Collide is a symphonic deathcore band from Zaventem, Belgium that formed in June 2016. The band had released one full-length album and one EP as an independent artist before signing to Necktwister Agency in 2021: Shrine Of Hatred (EP, 2017) & Tutor Of The Dying (2018). They worked together with producer Yarne Heylen (Project Zero Studio) who produced, mixed, engineered, and programmed Tutor Of The Dying. Guest appearances on the record feature Ben Duerr (Shadow Of Intent & Hollow Prophet), Luke Griffin (Acrania & Human Error) and Tim De Ridder (ex-The Seventh & ex-Before He Shot Her). When Plagues Collide plays a style of deathcore that is heavily influenced by melodic death metal, symphonic black metal and metalcore. The riffing is hard, the drumming is very fast-paced and the vocalist frequently switches from low death growls to high-pitched screams, with occasional pig squeals

(dying Green)tutor Of The Dying