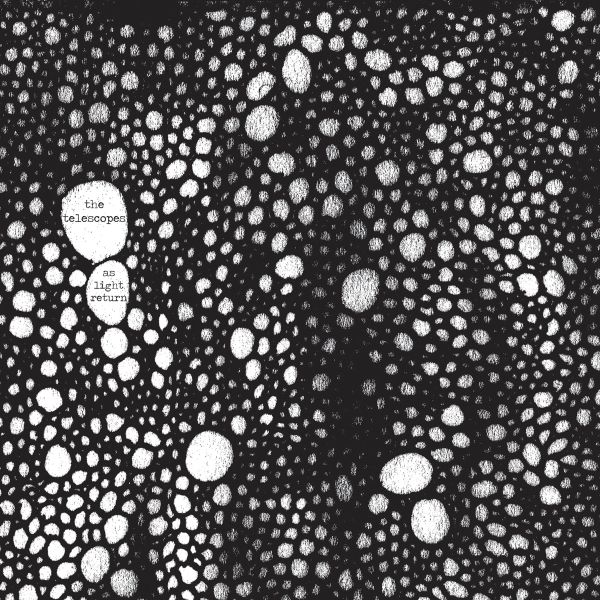 Evolving oscillations of guitar feedback screech and howl through thick layers of distortion. Overtones shift and drift and combine on a carpet of white noise. In the eye of the storm, the voice of Stephen Lawrie remains calm, almost detached. He intones a low, trance-like chant. The vocal is buried deep in the mix, the lyrics just barely discernible. "My specific intention is always to create a listening experience reaching beyond the realm of natural vision. I see duality and multiple meaning everywhere, this is reflected in the way my inspiration is formed, of impressions released in such a way where the meaning is subjective to the listener." After thirty years of pursuing his singular artistic vision, Stephen Lawrie is more focussed than ever. "I found myself in a position in the early 90s where the main concern everyone around me had was whether or not the next song I wrote was a hit. Looking back now its obvious The Telescopes were never going to be that kind of a deal, but at the time it was a severe distraction that took a long while to shake off. I have learned more about keeping sight of the things that inspired me to create in the first place and not to compromise them in any way." These songs pay no heed to conventionalities. This music has an implicit power. The listener is free to enter a vast sonic universe and determine a personal set of coordinates. "For things to change for the better around us we first have to change them for the better from within." As Light Return - from the harrowing void.

Song Of Love And Revolution

Song Of Love And Revolution

This Road Doesn't Lead To My House