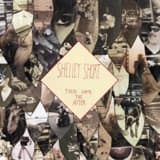 Then Came The After

'Then Came the After' was recorded throughout 2010 and 2011 at Liophant Studios with Alexis Gideon and in Mike Coykendall's Studio, both in Portland, Oregon. The songs reflect the emotions of the album title: the unknown, change, happiness and sadness of human relationships and the mystery of life. Shelley was inspired for the sound of Then Came the After by the work of Roger Miller, Loudon Wainwright 3rd, Roberta Flack, Melanie, Iris Murdoch, Joan Didion, Ron Davies, Jake Thackray, Kris Kristofferson, Nina Rota, Carson McCullers and Pharaoh Sanders. Built from many sources, Then Came the After carries the listener along with its unpredictability and the people, places and themes it touches, all held closely together by Shelley's warm and personal songs and voice.