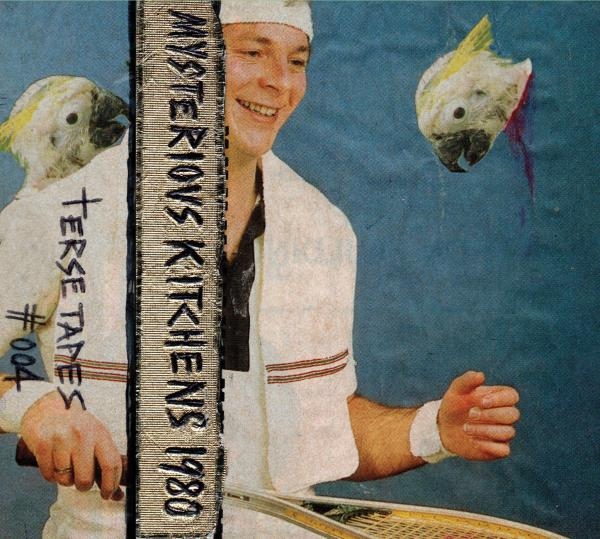 A special delicacy for all you Severed Heads fans: In the 1980s the cassette was a much desired format. They were cheap, inexpensive to buy, easy to duplicate and manageable for less technically skilled people, too. The sound was raw and hissy, encouraging raw and hissy ideas. If you couldn't afford to have a vinyl LP pressed, you could still get heard. It was the most D.I.Y. product ever. Terse Tapes was one the first cassette labels in Australia ever, although the label started with two vinyl releases. Bands like Severed Heads soon found vinyl production too slow - by the time an album was finished, they had recorded much more music and had changed stylistically. "Mysterious Kitchens" was billed as a various artists compilation, but in reality it was a group of ten friends that swapped roles and instruments as the mood took them. Future Severed Heads members are here under obvious multiple band names. Wet Taxis are the only real band on the album. Many other participants formed their own groups later. In 1980, shops were kind to Terse Tapes. They hung their cassette releases on shop walls and so encouraged other people to start their own D.I.Y. labels. This is the first ever CD release of this legendary "compilation" album. It is, of course, more of a Severed Heads release.