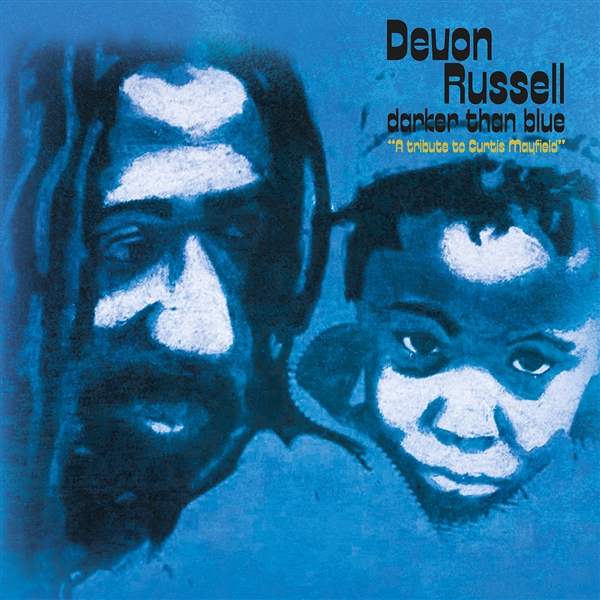 Darker Than Blue (a Tribute To Curtis Mayfield)

Finally a proper re-issue of this stone cold soul-reggae classic. The record was originally published in 1993, but the first session dates back to 1979. It was around this time that Earl Chinna Smith (of The Wailers and Soul Syndicate fame) approached the singer with the idea of re-making some Curtis Mayfield songs. We The People Who Are Darker Than Blue was the first track generated during the meeting, followed after a couple of years by Move On Up. Devon Russell's birthplace and date are as much a mystery as the gaping holes in his recording career. He began with the Tartans, a mid-'60s rock steady vocal group comprised of himself, Prince Lincoln Thompson, Linbergh "Preps" Lewis and Cedric Myton; they disbanded after their 1967 hit "Dance All Night" (Federal Records). It is no mystery Jamaicans loved Motown soul, but this tribute was an epiphany on its own. With a crew comprised of eclectic master drummer Sly Dunbar, the album was completed at the Leggo Studios in Kingston, Jamaica with The Firehouse Crew on board. A mission accomplished ten years after the first foundation stone was laid. We recently heard Devon Russell Move On Up and We The People Who Are Darker Than Blue on the amazing Soul jazz compilation Disco Reggae Rockers, now you have the whole package !

Come To My Garden

Out Of The Woods