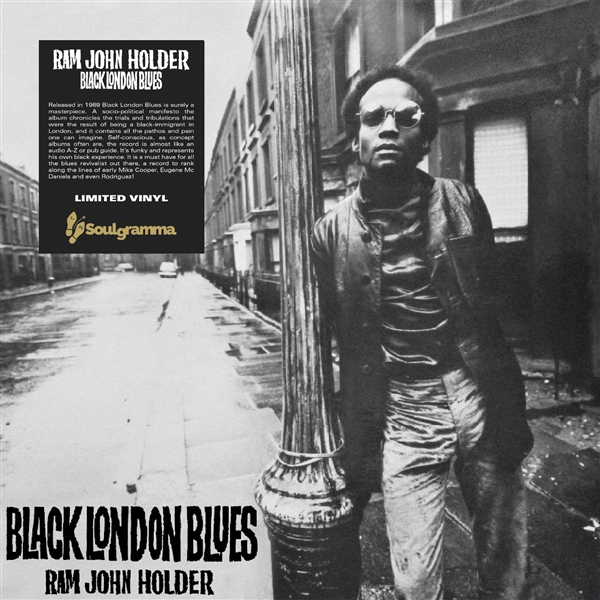 Ltd to 500 copies. Singer and guitarist Ram John Holder was born in. 1939 in Georgetown, British Guiana, then moved to Cincinnati in 1954, and to the East Coast to work as folk blues singer in the early 1960s. In 1963, he took residency in England where he recorded several albums. Released in 1969 Black London Blues is surely is masterpiece. A socio-political manifesto the album chronicles the trials and tribulations that were the result of being a black-immigrant in London, and it contains all the pathos and pain one can imagine. Self-conscious, as concept albums often are, the record is almost like an audio A-Z or pub guide. Its funky and represents his own black experience. It is a must have for all the blues revivalist out there, a record to rank along the lines of early Mike Cooper and american stalwarts like Eugene McDaniels or Sixto Rodriguez !

Come To My Garden

Out Of The Woods

Darker Than Blue (a Tribute To Curtis Mayfield)