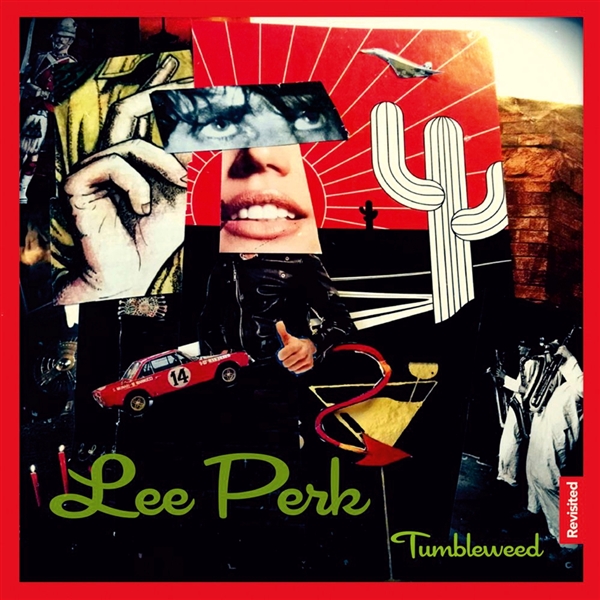 Fifties textures, rockabilly echoes, sixties British essences and stralls through the New York of the seventies in an album originally selfbproduced in 2021 in CD format that deserved to be released on glorious vinyl. Now remixed, remastered and with two bonus tracks. As a natural follow up to the 2016 album "All In", Lee Perk brings us back to his sonic coordinates in a more balanced and sophisticated way, if possible. With fifties textures creeping through tracks like "Bad Times" and "Faster than Ever" and a set of rockabilly echoes in "A New Blend", carrying the flame of classic names like the ones of Roy Orbison, Everly Brothers, or Buddy Holly. "Run Your Filth," a previously unreleased track, also follows that direction and could have been a great A-side. But Tumbleweed Revisited also pays a visit to the brilliant and poppy sixties, crystalline, in songs of an unpolluted pop like "Talk", "Moonhall Park" or "See Me In the Morning", and more lysergic, in "Not Yet Enough", which opens the LP in a luminous way. "Scare Me" is a track with deep enthusiasm and disposition to dance a sweaty night club and Perk becomes a chameleon-like chronicler reciting "Bird And Giraffe" with sober instrumentation. "Carrie Fisher" previously released as a demo and the bonus track "Great Again (Trump's Theme)", complete a remarkable album that closes with "Aos y Aos de Soledad" in which Lee Perk leaves English to sing in Spanish.

Talking About The Good Times 1