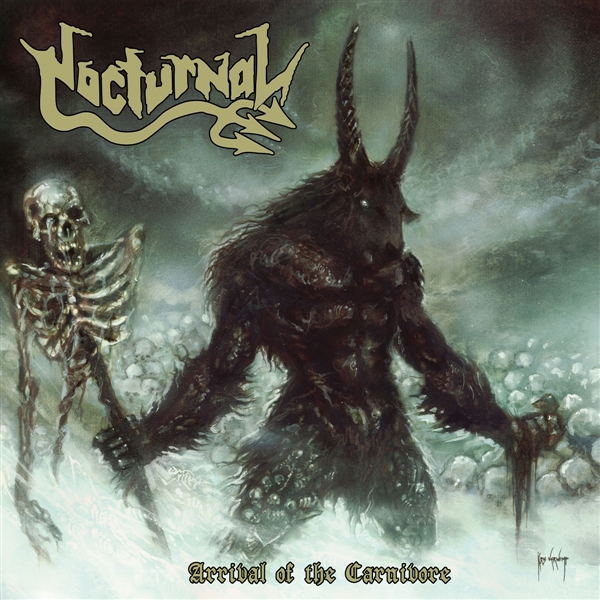 Arrival Of The Carnivore

DYING VICTIMS PRODUCTIONS is proud to reissue NOCTURNALs legendary debut album, Arrival of the Carnivore, as well as its crushing follow-up, Violent Revenge, on 12" vinyl format. Originally released in 2005 and 2009 respectively, both albums cemented the bands position as one of the leading black thrash acts of the post-2000 thrash scene and have ever since been reissued several times in various formats. However, records like these should be kept in print permanently and made available to new generations of underground maniacs. Nocturnals thrash metal is inspired by the Teutonic legends of old as well as the early days of black metal. Fittingly, Arrival of the Carnivore contains not only the original Violent Force cover of "Sign of Evil", but also Bathorys "Enter the Eternal Fire" which was recorded in the same session.