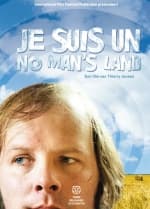 by Thierry Jousse. France, 2011, 92 minutes, French spoken with Dutch subtitles. A famous rock star in France is kidnapped by an obsessive groupie. In his attempt to get away from her, he's transported by magic to his parents' house, where he meets a mysterious girl, a nocturnal bird watcher. Funny and romantic, this family drama converses openly with particular human complexes, awkward characters and the incurable fame bug. With certain glitter and shiny touches, "Je Suis un No Man's land" moves with ease between realism and fantasy, vies with "Groundhog Day" in terms of outrageousness, and beats any other effort in terms of symbolism and imagination. In the leading parts we find the ultimate "face" of French song, Philippe Katerine, and Julie Depardieu (daughter of Gerard), who met on set and became an item. Cast: Philippe Katerine, Julie Depardieu, Jackie Berroyer

I Am From Titov Veles