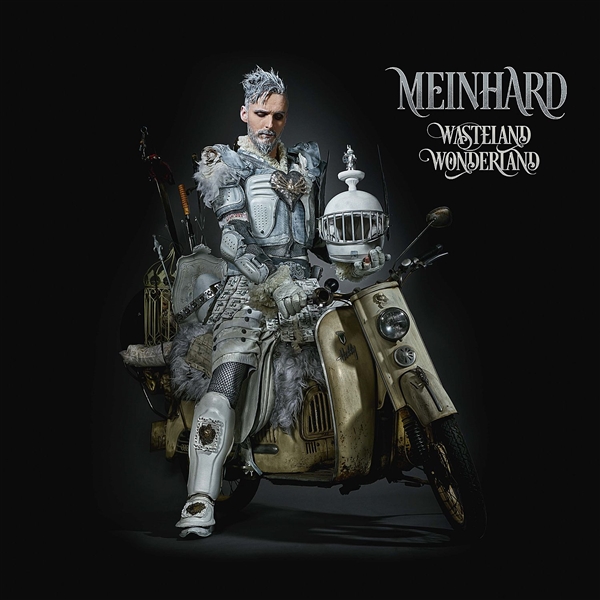 Meinhard returns to Wonderland. As with the literary character "Alice" in the world-famous literary classic by Lewis Carroll, there are also a few years between Meinhard's visits to Wonderland. After traveling the world down the rabbit hole in the analogy of Alice in Wonderland in "Beyond Wonderland" (produced by John Fryer; Nine Inch Nails, HIM), now it's time to delve into that with "Wasteland Wonderland". Dive rich behind the looking-glass as told in Carrolls' second work, Through the Looking-Glass and What Alice Found There. This time, Meinhard was able to inspire Simon Michael, the drummer and producer of Subway To Sally, as producer for the project. He is also significantly represented as a musician on the album. On the previously released single "Wasteland Wonderland", Niel Mitra (Faun) is also represented as "Mad Hatter" both in the track on the synthesizers and in the accompanying music video. The Japanese Lolita band "Die Milch" is a guest on several of the album's songs, and Comte Caspar from "Coppelius" also plays the clarinet and wasteland percussion for Meinhard... all in all, we can look forward to many exciting musical guests. As has been the case since the artist's debut album "Beyond Wonderland", borrowings from various genres from alternative rock to pop to classical music are mixed into a wondrous whole - enriched by a dystopian "Wasteland" component. The result is a post-apocalyptic wonderland in terms of sound, which of course - typical Meinhard - is also honored in the visual presentation: once again you can expect opulent outfits and a theatrical staging, while the (trans) convertible entertainer introduces us to his own version of the wonderland behind the mirroring becomes reality.

Of Cabbages And Kings

Dreams For The Dying

Of Cabbages And Kings