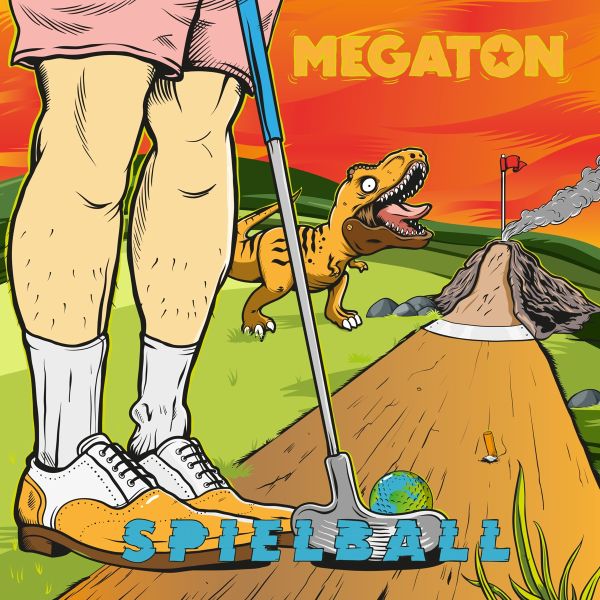 The punk rock trio MEGATON, led by Busters lead singer Joe Ibrahim, released their second studio album, "Spielball". The three Heidelberg residents founded Megaton in 2015. In 2017 their debut album "Einfach da! (CD). Her new album "Spielball" serves a pertinent mixture of melodic punk rock and anthemic catchy tunes. There are classic "Wohohoho" membersing choirs, driving guitars and fat drums. Where a few years ago the focus was on fun between the cheeks and rascal hooklines, there are now more thoughtful and serious tones to be heard. Megaton have grown up but still love to experiment. The sound of the trio is much more mature than on their debut album. Thematically everything is there that moves urban and suburban twenties and thirties: including the end of the world, love, friendship, annoying influencers and the fight against racism. On their album, MEGATON manage to bring out the power of their live shows on record, and they seem more solid than ever.