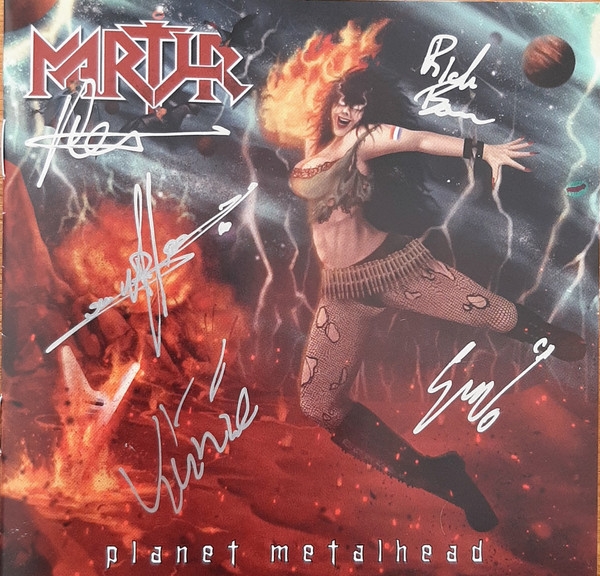 Martyr is a heavy / speed / power metal band from Utrecht / The Netherlands that exists since 1982. During their career, a few demo cassettes were released as well as a number of long players. The general public first became acquainted with Martyr in 1984 when Roadrunner Records released the 'Dutch Steel' compilation album. Martyr is releasing their new full-length on 24 February 2022. The 3 previously released songs 'No Time For Goodbyes', 'Fire Of Rebellions' and 'Raise Your Horns, Unite!' already showed an excellent performance beforehand. With 2 online listening sessions in December 2021 the band got confirmation that this material was the best thing Martyr has ever produced and it will be the next step forward. All songs are written by MARTYR, produced, mixed and mastered by drummer Rick Valcon at RA Recordings and are of excellent production quality. The new artwork is created by Wasi Kendedes.

1. RAISE YOUR HORNS, UNITE
2. DEMON HAMMER
3. CHILDREN OF THE NIGHT
4. FIRE OF REBELLIONS
5. NO TIME FOR GOODBYES
6. METAL OVERDRIVE
7. LA DIABLA
8. DIARY OF A SINNER
9. CHURCH OF STEEL
10. WINGS IN A DARKENED SOUL