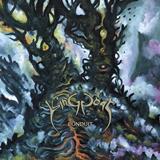 Forming in 2012, Brightons King Goat quickly deviated from their initial aim to be a traditional sounding band. With a vast range of influences, both inside and outside of metal, King Goats sound started to take on a much more progressive bent. King Goat released two well-received EPs in 2013 and 2014 before the highly anticipated self-release of their debut album, Conduit, the critical response to which has been overwhelmingly positive. While continuing to progress in the studio, King Goat have been bringing their spellbinding stage show to venues across the UK, including a packed out New Blood tent at Bloodstock Open Air, Mammothfest, Doom Over London IV; shows with Enslaved, Grand Magus, Jex Thoth, Witchsorrow and many others. In 2017 King Goat got signed with Italian cult label Aural Music to re-release first EP and debut LP in one deluxe reissue in digipack CD and Gatefold splatter double vinyl LP. Album number 2 will follow in 2018, always on Aural Music

A Calling To Weakness