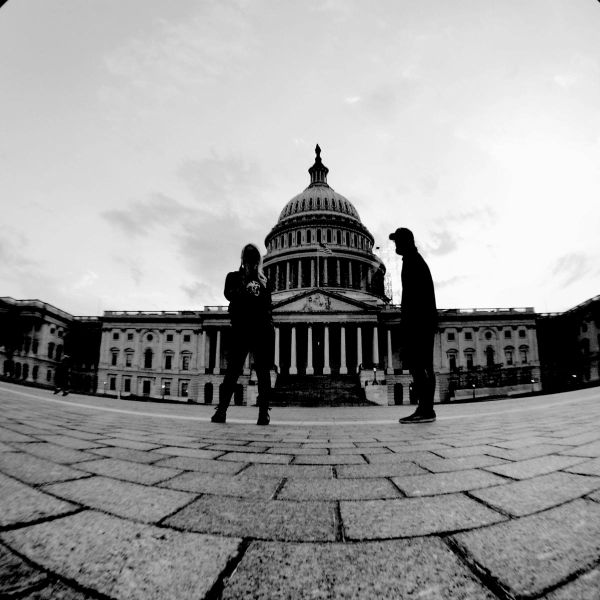 Jucifer, founded in Georgia in 1993, are pioneers of the sludge / doom / death metal two-piece. For their seventh full-length, Districts of Dystopia, Jucifer mounts a sonic assault chronicling the corruption and gross misuse of power in our nations capitol. Now, the story can be heard on vinyl through Jello Biafras Alternative Tentacles Records. Recorded in their RV during their never-ending tour of the planet, Districts of Dystopia offers nine of Americas ugliest history lessons put to record! "Non Gratus Anus Rodentum" ("Not Worth a Rats Ass" in Latin) is a sludgy, murky ode to the Tunnel Rats: US Army infantry soldiers who entered Viet Cong tunnel systems to kill enemy soldiers, oftentimes with just a bayonet, a .45, and a flashlight. "Decapitating the Regime" is all woozy riff and martial snare, tackling the reversal of the USs initial support for Saddam Husseins regime over the course of both Gulf Wars-from the supply of weapons used in multiple horrific genocidal acts over the course of two decades to the eventual murder of thousands of Western military personnel by those same weapons. Through all nine tracks, G. Amber Valentines rasp and tar-thick guitars lay down a grimy, murky layer while her husband, Edgar Livengood, pounds aways at the drums. Theres no flash, no tricks, just straight-up raw power that would make Eyehategod stand up and take notice. Unlike heavy duos that use loops, backing tracks or triggers to fill out their live sound, Jucifer relies on compositions designed to decimate with only real-time drums and distorted guitar. And for sonic reinforcement, their legendary wall of speakers has shaken venues across the planet for the last two decades, with no sign of them selling out, softening their sound, or slowing down their almost constant touring! Never has Jucifers conviction to their craft and passion about their beliefs been more evident then on District of Dystopia! Thanks to Alternative Tentacles Records, this hippie slayer of a release gets the vinyl treatment it deserves. Vinyl edition of latest work from sludge / doom two-piece CD released in late 2014 on the bands own label Nomadic Fortress