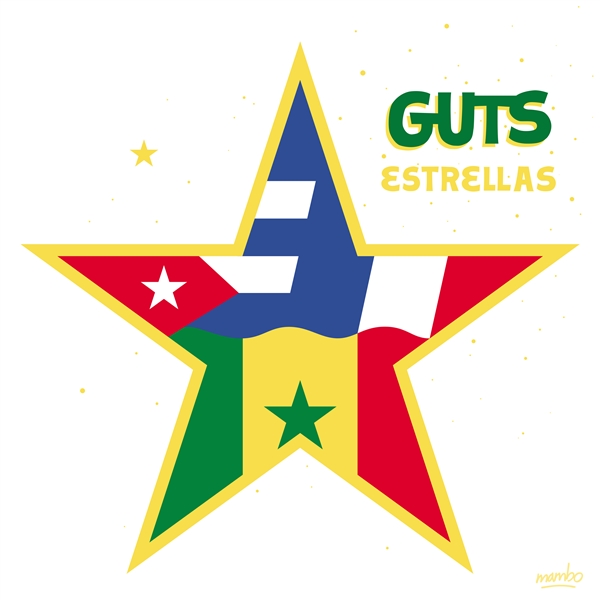 Under the leadership of GUTS, Dakar became the creative centre of an exceptional encounter between "All Stars" musicians from Cuba, Africa and France : the ESTRELLAS. A tribute to Afro-Cuban culture, between new versions of finely selected songs and original compositions. The great return of GUTS with a tribute album to Afro-Cuban music. With a resolutely modern approach and never really far from Hip Hop GUTS brought together in Dakar more than 25 musicians from Cuba, France and of course Senegal and neighbouring countries. Many prestigious guests: Cucurucho, members of the Orchestre Baobab, David Walters, Cyril Atef, Djeuhdjoah & Lieutenant Nicholson, Pat Kalla, Cuban rappers El Tipo Este, and Senegalese MCs ISS814, Samba Peuzzi ...

Hip Hop After All

Straight From The Decks