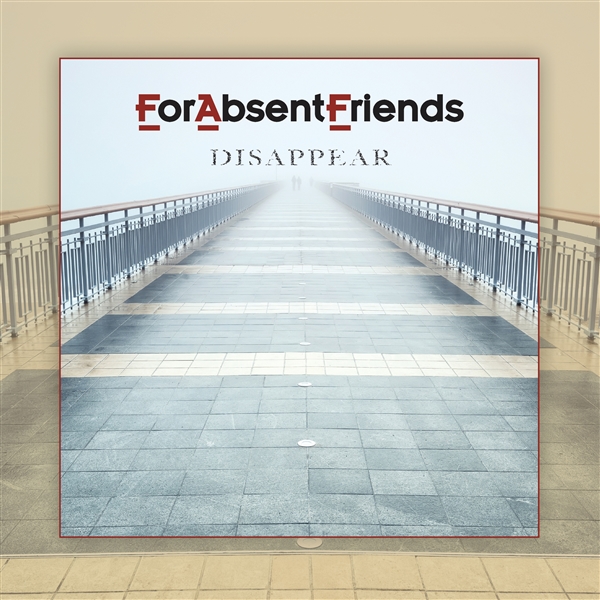 Dutch progressive rock band For Absent Friends have reunited after a hiatus of more than 10 years. They will release their new studio album Disappear on 29 September 2022. For Absent Friends were originally formed in 1986 and released 6 studio albums between 1990 and 2006. They have been regarded - both by fans as media - as one of the best progressive rock bands from the Netherlands during the period. The covid period was a blessing in disguise for the band. What else to do than write and record new music, albeit with the challenges caused by the pandemic. But musically speaking it was magic, as is the result. However, it didnt feel good to release the music under the name SQ1. ".We know we said goodbye to For Absent Friends. But it's time to say hello again to old and new friends."