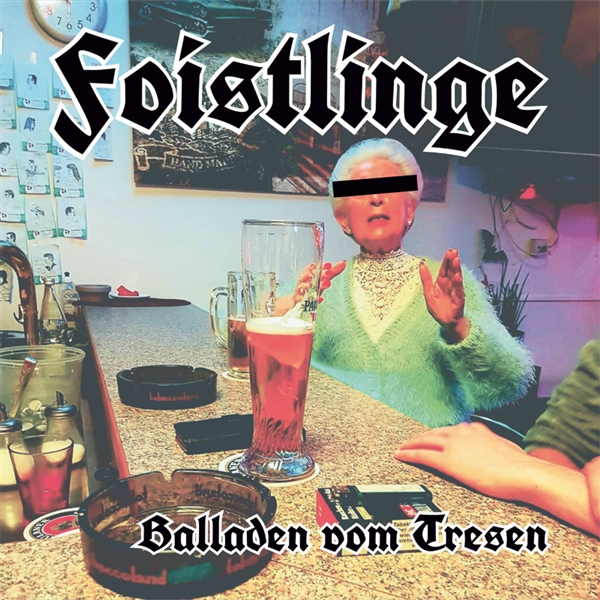 It's the year 2020. A pandemic is keeping the world in suspense and the pubs have to close. So what do three convinced alcoholics with a knack for lyrical outpourings, who celebrate this lifestyle uninhibitedly, do? Somewhere between the pub and the rehearsal room, between boredom and overconfidence, a crazy idea becomes bitter reality. The all-hit-wonder project "Foistlinge" is shit in the gutter. With the declared goal of breathing the blood alcohol level back into Doi!tschpunk, which it deserves, tongs, plunger and cigarette butt set out on a mission. Lo and behold, her pearls of gutter poetry are well received. An album is needed, which is accompanied by beer and peppers in a 48-hour continuous delirium. Equally enamored with the joys of booze, producer Wulff shuts down production on it, is fired from the band and re-hired on the spot to record the future hit album a second time. It should be called "Ballads from the counter" and it keeps what it promises. From the pub, for the pub. Songs written by the liver. MAD BUTCHER RECORDS has humbled itself to immortalizing the work on vinyl, cassettes will be available via Running Out Of Tape Records. Buy that shit and brag about it drunk at the next family party! With all the drunken romance, a clear position is still taken. There is a place for everyone at the foistling counter. But fascists and other idiots are banned locally. With this in mind: stay dirty, stay thirsty, see you at the counter! Always antisocial, always antifascist!

Chaos In The City