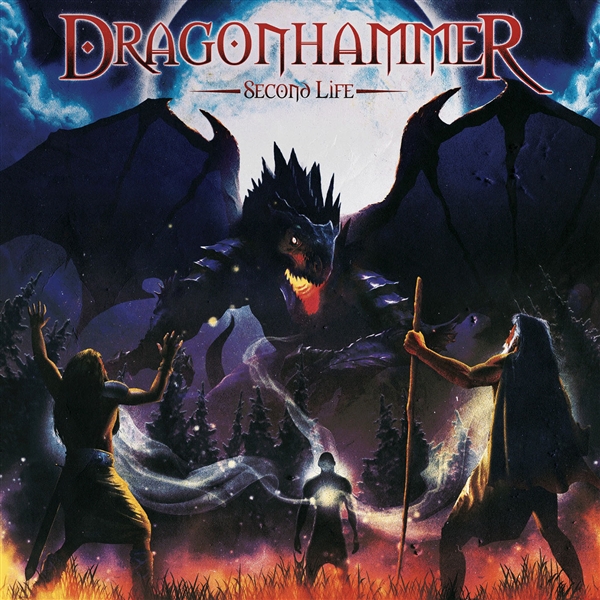 DRAGONHAMMER are one of the pillars of the Italian Power Metal scene, a band that marks the history of this music from 20 years. With the new album "Second Life" they open a new chapter giving a turn to their music, that is now more powerful, more epic and technically as sublime as it was in the past. It is the evolution of the band's way of creating music, renewed in sound and formation. Among the new characteristics of this work, the addition of new vocal elements, more symphonic keyboards and more powerful guitars stand out. An album that opens up new visions for the future and wants to be the starting point of this new identity. So definitely you'll get an explosive mix of Power and Epic Metal with great Symphonic parts. We could consider it an epic journey through powerful riffs and soaring melodies that will have you sing along from start to finish! To be mentioned the work in the studio by Marco Mastrobuono at Kick Recording Studio and the great artwork by Luca Martinotti.

The Blood Of The Dragon (mmxv Edition)

The Blood Of The Dragon (mmxv Edition)

The First Corpse On The Moon

Ode To Acts Of Murder, Dystopia And Suicide