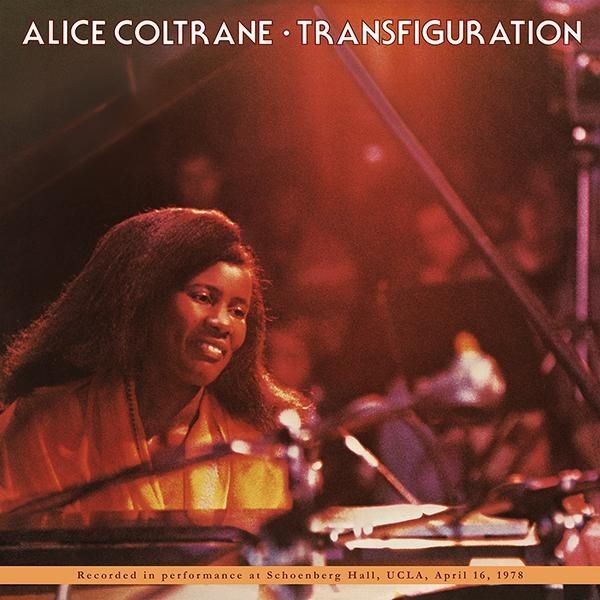 By the late '70s, Alice Coltrane had largely gravitated away from jazz, incorporating Hindu chants and hymns into her music to reflect a newfound sense of creative omnipotence. However, in April 1978, she would return to her roots, performing at University of California, Los Angeles to make her first and only live album. Transfiguration, featuring drummer Roy Haynes and bassist Reggie Workman, showcases Alice's many compositional talents and fierce improvisatory abilities. Throughout this double LP set, her playing evokes the time spent in her late husband John Coltrane's band and the avant-garde music of her earlier years. As biographer Franya J. Berkman writes, "Her up-tempo keyboard work here is the most exciting of her commercial career. With its rapid-fire transpositions of short figures; its long modal passages, rhythmic play, and timbral inventiveness; its sustained energy and burning pace; and the unrelenting support of Haynes and Workman, she takes leave of the jazz business with a truly breathtaking swan song." Alice Coltrane would not revisit jazz on record for another 26 years, turning instead to spiritual music made with students at her Vedantic Center and self-releasing a series of cassettes under her Sanskrit name, Turiyasangitananda. It is hard to imagine a better farewell than the intense and spellbinding Transfiguration.