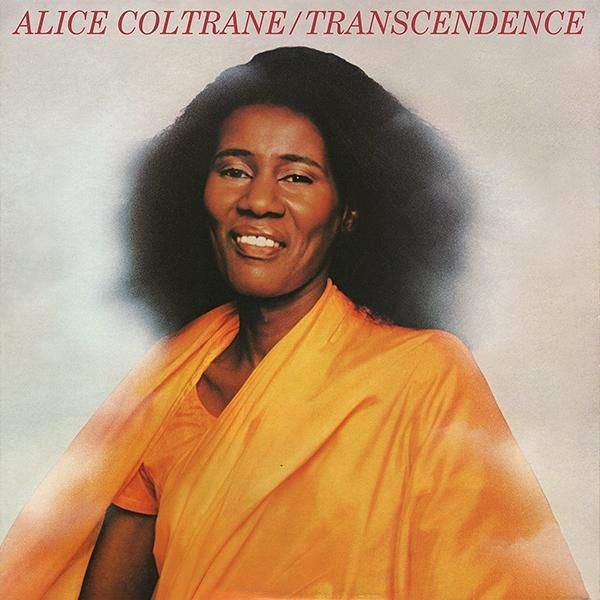 Transcendence was not only Alice Coltrane's last studio album for Warner Bros., it would also be her last studio work for nearly three decades. While Eternity and Radha-Krsna Nama Sankirtana followed the composer's muse through an exciting range of musical styles and influences, Transcendence is perhaps the most fully realized of the three LPs, synthesizing the best elements of each into a monumental whole. Side one consists of intimate compositions with Alice's pointillist harp enhanced by intricate string arrangements. At times, the emotional climaxes in "Radhe Shyam" and the title track sound like the score to an epic film. This would be the closest Coltrane ever came to chamber music, yet rendered with her uniquely spiritual tint. Side two moves into celestial territory with uplifting chants, light handclaps and bluesy organ. These call-and-response chants, featuring members from her Ashram, completely embody both African-American gospel and Hindu devotional traditions, an uncanny fusion that is transformed through Alice's pure spirit. What runs through the album's two musical halves is a powerful sense of devotion and discovery. At this point in her life, Coltrane was on a journey toward truth through sound, and Transcendence gives the listener a front row seat to this quest.