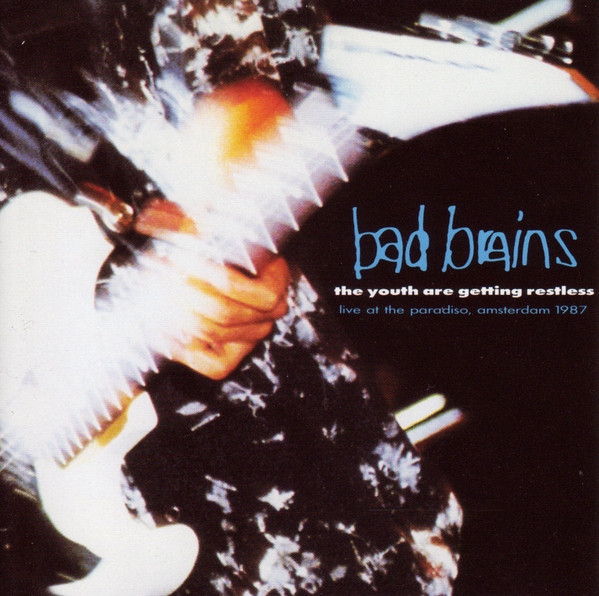 Black vinyl version. The Youth Are Getting Restless is a live album from hardcore punk and reggae pioneers Bad Brains. It was recorded at the Paradiso Theater in Amsterdam, the Netherlands, in 1987 by the VPRO. The show was part of the band's I Against I tour. It remains one of the group's best selling albums. The album captures Bad Brains in concert at the height of their commercial and critical peak, featuring a diverse mix of hardcore punk, mellow reggae, funk, and heavy metal. Two of the reggae tracks are cover songs: Dennis Brown's "Revolution," and a rearranged medley of the Rolling Stones's "She's a Rainbow" and The Beatles's "Day Tripper." The New York Times wrote that the album is a "virtual greatest-hits collection, played with blistering intensity and engineered with its muscle intact."