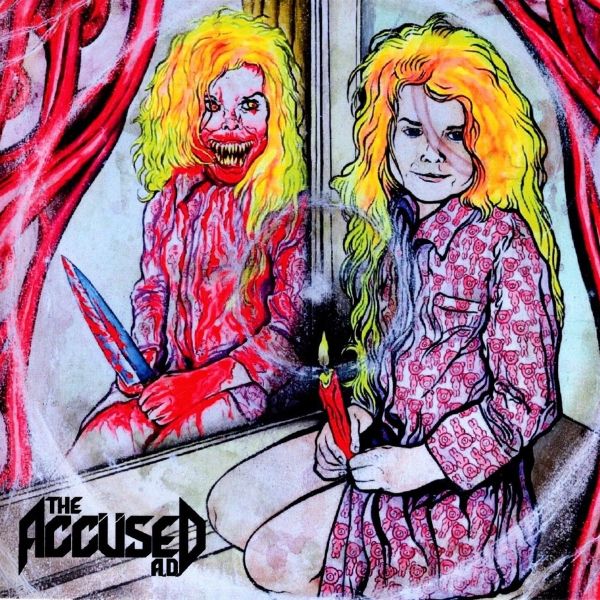 With the knife-wielding, toothy-grinned Martha Splatterhead at their side, Seattle's own THE ACCUSED carved their way into the underground music scene by becoming one of the cornerstones of crossover music that melted faces in the 80s across the globe - a punk/metal fusion that planted its ever-growing seed in modern heavyweights such as MUNICIPAL WASTE, LAMB OF GOD, CANNIBAL CORPSE, the Patton/Lombardo project DEAD CROSS, and many more. Following in the footsteps of bands like VENOM INC. KNOW, FLAG, and ENTOMBED AD - and after recruitment of POISON IDEA's drummer, Mickey Widmere - the blender baby known as MARTHA'S REVENGE now proudly sports the moniker THE ACCUSED AD. Produced by Jack Endino (Nirvana, Soundgarden, Mudhoney, Tad, and more). Mastered by Scott Hull (Pig Destroyer / Agoraphobic Nosebleed).