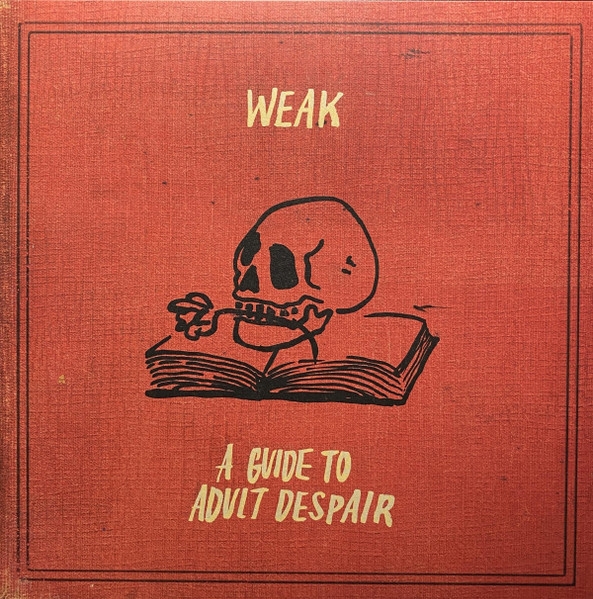 A Guide To Adult Despair

Madrid-based 90s punk rock nostalgics "WEAK" is back to the fray with their second album "A Guide for Adult Despair". You can tell they grew up with NOFX, Lagwagon and No Use for A Name tapes blaring on their Walkmans as their sound could be defined as a passionate homage to the Californian punk rock bands of the nineties. On this new album the band decides to go one step further in terms of composition and recording quality and hits Ultramarinos Costabrava Studio with the mighty Santi Garca in charge. The result is a much more elaborate and consistent album, combining the speed and rage of punk rock with slower and super melodic pop style cuts. Although it is not a concept album, everything is wrapped in an atmosphere of sadness and despair in which many of us have been trapped in these past years. A Guide for Adult Despair is a deeply personal album, which revolves around the ups and downs that each member of the band has experienced during these last turbulent years. Nevertheless, the album also leaves room for some fast and direct songs loaded with social and political criticism. Recorded between the past months of December/January at Ultramarinos Costabrava by Santi Garca, this album is definitely much more consistent and emotionally engaging than the previous one.

And Not For Anyone