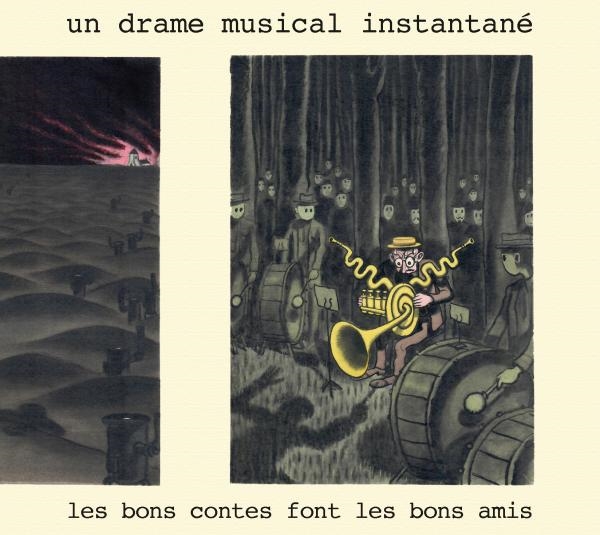 Un Drame Musical Instantan were founded in 1976, featuring Jean-Jacques Birg, Bernard Vitet and Francis Gorg. Their aim was to promote collective musical creation, co-signing their albums, which they consider as artworks in themselves, or their live shows which they tried to renew every time they played. Their sound was created with many influences: They borrowed their sources from rock (synthesizer player Birg and guitarist Gorg, both authors of the album, Dfense de); jazz (trumpeter Vitet who founded the first free jazz band in France, together with Franois Tusques, as well as Michel Portal who played with many American and European jazzmen); classical modern music; as well as movies or world news; they were the first in France to give a new impetus to live music on silent movies