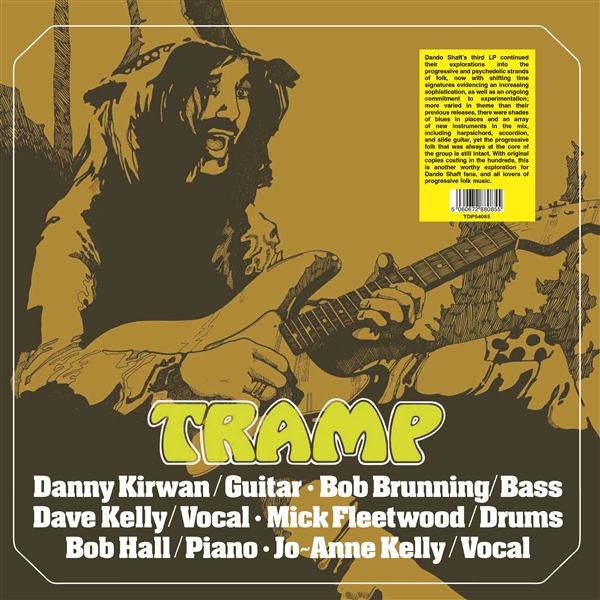 English blues outfit Tramp was a fleeting affair, active in the late 1960s and early 1970s on an on again, off again basis. Centred on former John Dummer Blues Band guitarist/vocalist Dave Kelly and his singing sister Jo Ann, the group benefitted from Fleetwood Mac mainstays Mick Fleetwood, Danny Kirwan, Bob Brunning and former Savoy Blues Band keyboardist, Bob Hall. Produced for Spark in 1969 by Donovans manager, Peter Eden, their sole LP featured tough blues originals, written by members of the group. This is a must-have for all Fleetwood Mac devotees, and for lovers of British blues albums.

Put A Record On

Mice And Rats In The Loft

The Signal To Noise Set