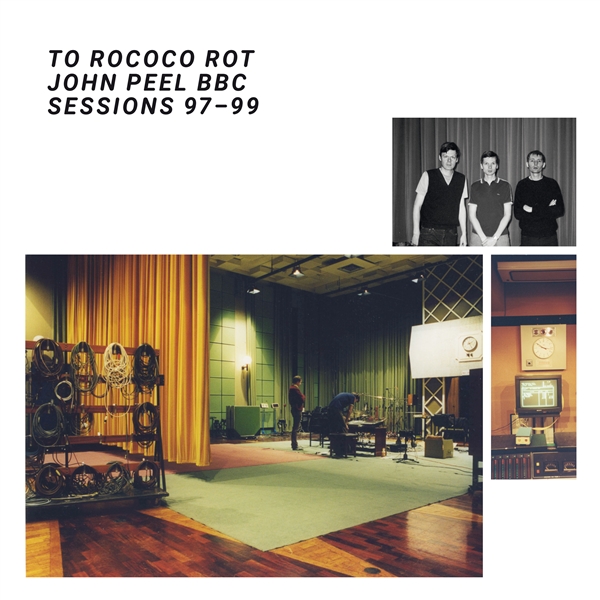 Without a doubt, To Rococo Rot are an exception within the German music landscape. From 1995 until they broke up in 2014, the group around Robert Lippok, Ronald Lippok and Stefan Schneider researched a unique sound between electronic music, ambient, post-melancholy and the further development of a new, free music like krautrock. Pitchfork described their sound as "unmistakably digital, yet 100% human". With releases on labels such as Kitty-Yo, City Slang and Mute Records as well as concerts worldwide, the band has built a remarkable reputation. The trio was invited three times by John Peel to record radio sessions in the BBC studios. Bureau B is pleased to make the recordings from these three sessions from the years 1997 and 1999 available on record for the first time, which, in addition to the live versions of selected album tracks, also contains exclusive, unreleased songs.