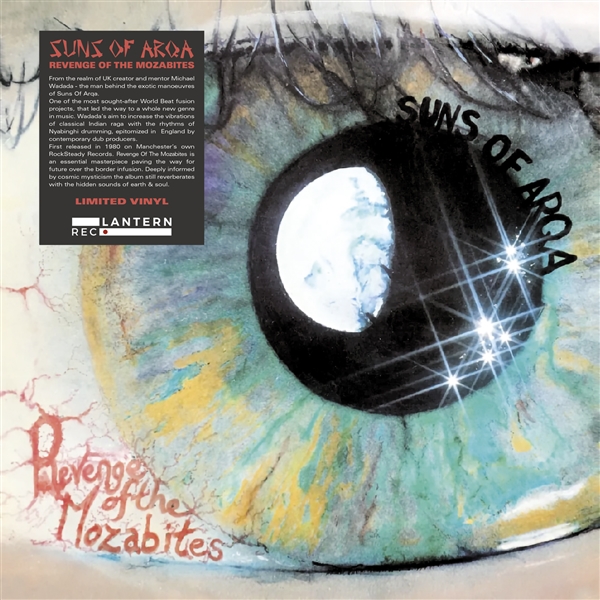 ltd to 500 copies. Welcome to the realm of creator and mentor Michael Wadada, the man behind the exotic manoeuvres of Suns of Arqa, one of the most sought after world beat fusion project of the early eighties. His main goal was to increase the vibrations of classical Indian raga with the rhythms of Niyabinghi drumming, epitomized in England by contemporary dub producers. Released in 1980 on Manchesters own Rock Steady Records, Revenge Of The Mozabites is an essential masterpiece paving the way for future over the border contamination. Deeply informed by cosmic mysticism the album still reverberates with the hidden sounds of earth & soul.

And Then There Were Three

Rise Of The Heart

Talk To The Beat