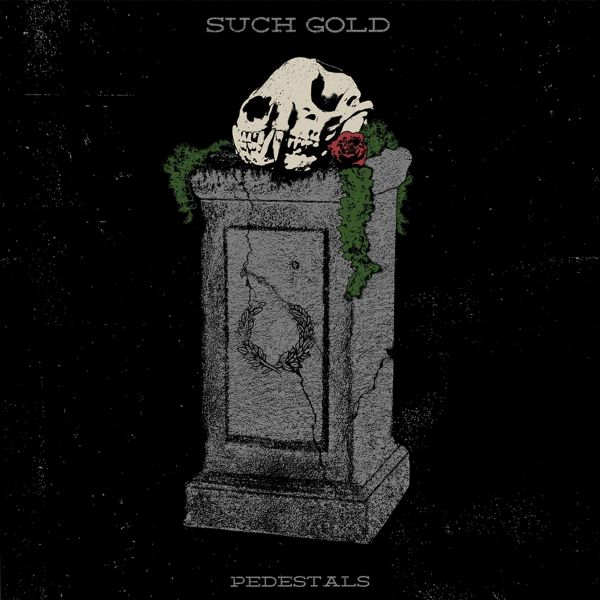 Such Gold formed officially in 2009, and self-released Demo 2009 in the Spring of that year. The band signed to Mightier Than Sword Records and released a CD EP/7" titled "Stand Tall" in August 2009. In spring of 2010 Such Gold announced signing to 6131 Records and recorded their new CD EP/12", titled "Pedestals". A series of split 7"s were announced in early 2011, including a split with Into It. Over It., released in May 2011 and a split withÿA Loss for Words, released November 2011. The splits were released as a collaboration between Mightier Than Sword Records and No Sleep Records. The band signed to Razor & Tie Records in July 2011, and traveled to Los Angeles, CA to record with highly acclaimed producer Steve Evetts; the full-length was titled "Misadventures" and was released August 14, 2012.