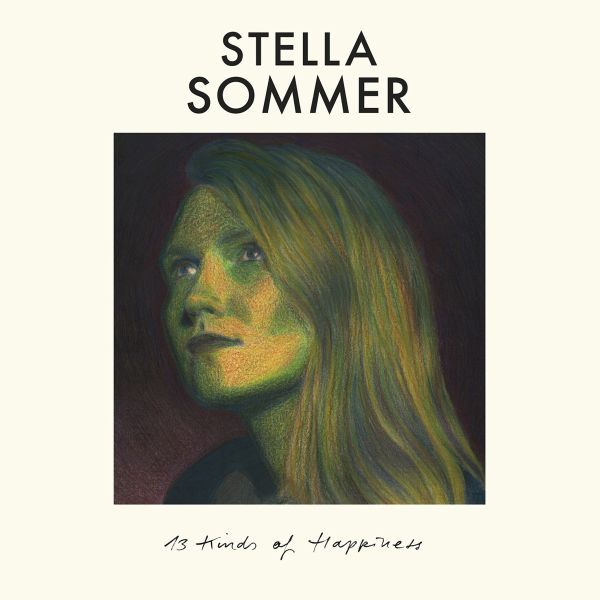 Stella is the first German artist to be signed to the label. No stranger to her German audience - she is the singer, songwriter and lyricist in DIE HEITERKEIT - Stella will no doubt win over international crowds soon with her remarkable voice, idiosyncratic yet immediately appealing approach to songwriting and lyrics and unrivaled charme. 13 Kinds of Happiness, is Stella Sommers debut solo album. The songs on the album burst with confidence and are riddled with doubt, range between happiness and loneliness, dystopian soundscapes and simple folk tunes and are again and maybe more so than ever a stunning display of her incredible abilities as a songwriter and lyricist. Also she is singing in English for the first time. While the songs and vision are all her own, the album is a collaboration of sorts between members of the bands DIE HEITERKEIT and MESSER. The album features appearances by fellow DIE HEITERKEIT members Hanitra Wagner and Philipp Wulf, Pola Lia Schulten (ZUCKER) as well as MESSER's Pogo McCartney, who also recorded the album, and Dirk Von Lowtzow, lead singer of German top selling band TOCOTRONIC.

And I Thank You

And I Thank You

As Above So Below

As Above So Below

Zero With A Bullet