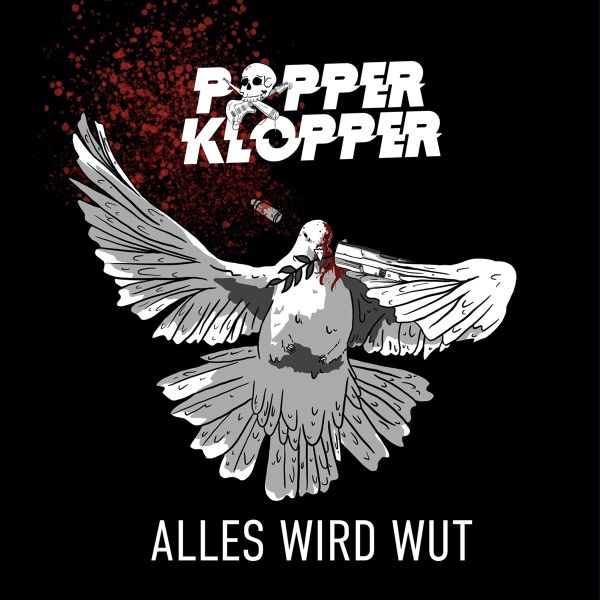 POPPERKLOPPER remain on their usual confrontational course and denounce ongoing grievances. "It is often criticized that there are already songs on all these topics and that it is nothing new when a band takes care of current problems", Carsten explains. "But it's a fact that in many areas we're still fighting the same shit as 20 years ago. Partly the conditions have even worsened. We don't want to accept that, so in our opinion not everything is said yet". While in "Wir sind mehr" the band takes a stand against the shift to the right-wing in Germany, in songs like "Generation App" and "Kein Land in Sicht" they criticize the selfish consumer society. But also the climate change is thematized with "Nicht tot genug" and thanks to "Bomben fuer die Welt" the weapon lobby gets an announcement that has washed itself away. "The title of the 30th birthday record is an allusion to our birthday albums 'Alles wird gut' (10 years) and 'Was lange gart...wird endlich Wut' (20 years)", explains Carsten. "In addition, the title 'Alles wird Wut' (Everything Becomes Rage) hits the nail on the head with the current mood in society - worldwide.