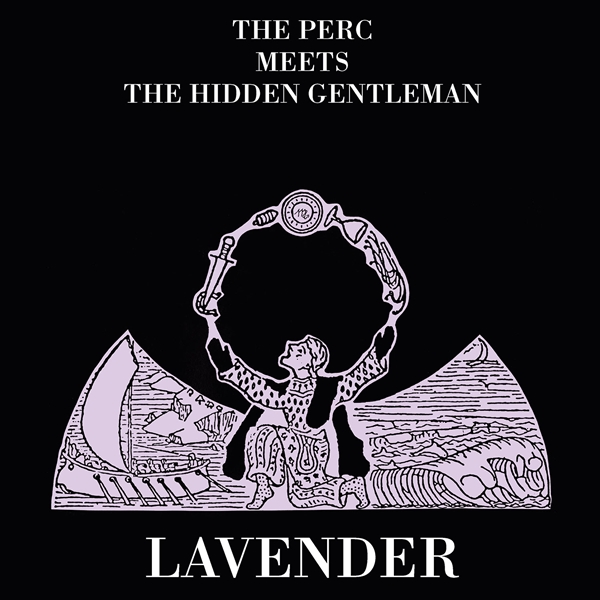 30 years of "Lavender"! The concept masterpiece from 1991 available again on CD and LP! With "Lavender" Tom "The Perc" Redecker and Emilio "The Hidden Gentleman" Winschetti broke new ground in the early 1990s. With their first three albums they had already won a regular place in the German music underground, so now they have taken the rest of the republic by storm. The two of them came up with the idea for "Lavender" while they were on vacation in the south of France. On the spur of the moment, they booked studios and put together a first-class reinforcement, The Lavender Orchestra. The crème de la creme of the German independent music scene at that time appeared, including The Voodoo (Philip Boa), Rudi Freese (The Strangemen), Tex Morton (Lolitas), Uwe Bauer (Fehlfarben), Alexander Veljanov (Deine Lakaien) and Rr Klose (Kastrierte Philosophen). Together with other guests, they supported THE PERC MEETS THE HIDDEN GENTLEMAN in their ambitious project. The bill worked! In spite of the grunge wave prevailing at the time, "Lavender" found its way into the hearts of listeners, onto the shelves of record stores and onto the workbenches of music journalists. Exactly these rushed with enthusiasm. From STERN to SZ, from ME / Sounds to ZILLO, from TIP to FAZ - a unanimous cheering choir! The television culture magazine KONTRASTE gives Emilio and Tom and their album space for a special, and "Lavender" became one of the most played European albums on American college radio stations in the fall of 1991.

The Fruits Of Sin And Labor

Perc Meets The Hidden Gentleman, The

Telegram From The Meantime