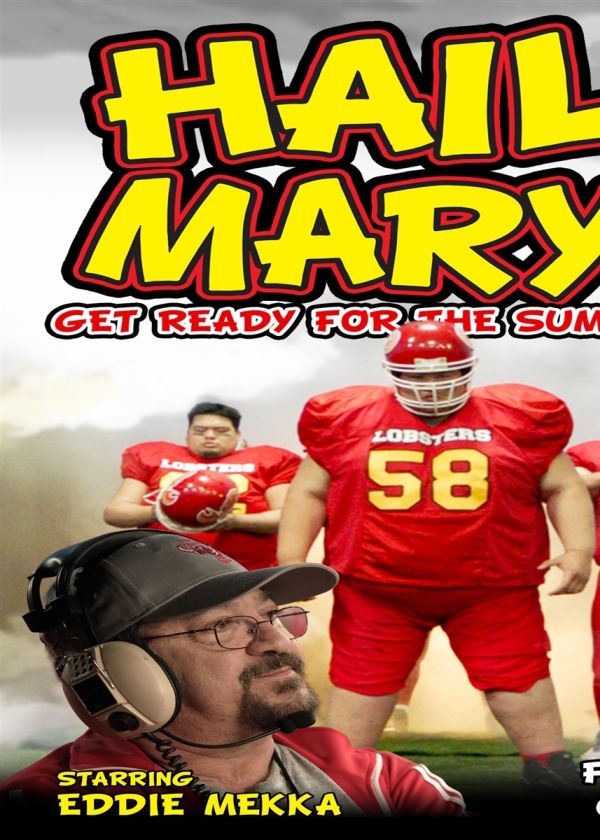 here has never been a football team like the Maine Lobsters! There will never be again! What does it take to turn a losing pro-football team around? Sumo wrestlers protecting the champion quarterback? Come on!? In an act of desperation, the coach (Eddie Mekka aka The Big Ragu) of The Maine Lobsters, a pro football team that has lost 32 games in a row, travels to Japan to buy a school of sumo wrestlers. His intention? To bring the humongous wrestlers back to Portland to replace his inept offensive line. The key wrestler is played by Yama (Zoolander 2). Hail Mary! is unusually produced with a combination of hilarious live action and uniquely developed brush-stroke animation. The football sequences were filmed on green-screen and back-dropped into the Buffalo Bills Ralph Wilson Stadium, Sumo cheerleaders, fans and all! There's never been a "family football comedy" like Hail Mary! There will never be again! "Will become a cult hit" - Marty Meltz, film critic, Portland Press Herald and Maine Sunday Telegram

Bloodthirst, Revenge Of The Chupacabras

Billy The Kid Vs. Dracula

Athens, Ga; Inside Out

Live Through The '70s

Best Of The Danny Kaye Show

I Was A Hitman For The Maffia (david Susskind Archive)

Death In The Garden

Bride Of The Monster

Best Of The Danny Kaye Show