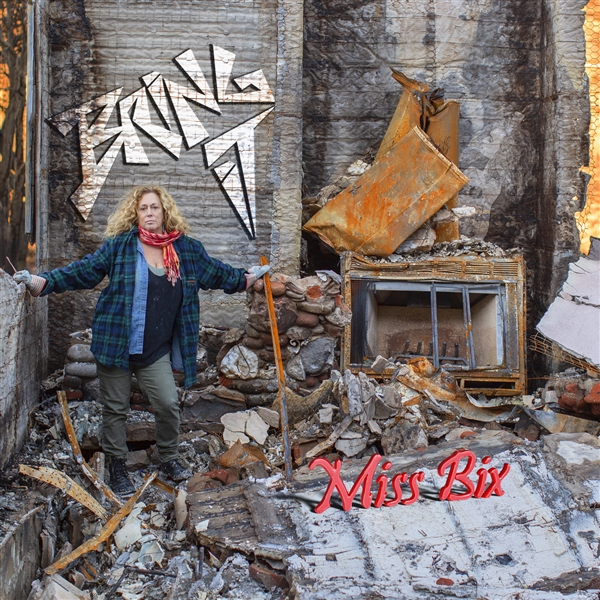 LESLIE LETVEN BIXLER (aka MISS BIX) has been writing, recording and performing since her early twenties. Her first international record, Make It Right (Sin-Drome Records, 1992), reached #12 on the smooth jazz charts and still receives radio play today. In 2009, Leslie and husband Bill Bixler produced the indie/pop Porcupine, which they self-released. After the birth of her son, Leslie turned her attention to writing and performing children's music, which attracted the attention of Dick Van Dyke and Red Hot Chili Peppers' drummer Chad Smith, whose child was in her preschool music class. She produced two albums: Moon Food (2005) with Dick Van Dyke and Rhythm Train (2010) with Van Dyke and Smith. Bixler toured with Van Dyke and Smith in support of her children's music, receiving notable press from celebrities and publications, in addition to winning a Parents' Choice Award in 2006 for Moon Food. Her intuitive and introspective creativity flourished during the COVID pandemic, leading to the creation of her latest release, Bring It (Blue Heart Records, 2022). Featuring many of the same stellar musicians, with the notable additions of superb vocalists Keeshea Pratt and Tiffany Pollack; harmonica player Jimmy Z (Eurhythmics) and Tom Canning (Al Jarreau) on keys; the album was produced and engineered by Charley Pollard of Dragonfly Creek Studios. Continuing in the Hill Country blues tradition along with New Orleans-flavored rhythms, Bixler's work deepens in groove and content on this new body of work, with songs covering subjects ranging from COVID-inspired depression, to racial oppression, nostalgic lost love, new love and the ever-present search for home.