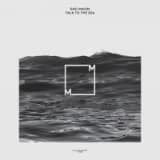 Talk To The Sea

With access to Masin's large body of work, far greater than that of the handful of released recordings, Music From Memory's new compilation covers a period of over 30 years, from the mid 1980's up until recent works . Including seventeen compositions, most of which have remained unreleased or unavailable until now, 'Talk To The Sea' aims to shine a light on Gigi Masin's unique and heartfelt talent. This is electronic music from the soul."

Chandra - I The Phantom Ferry