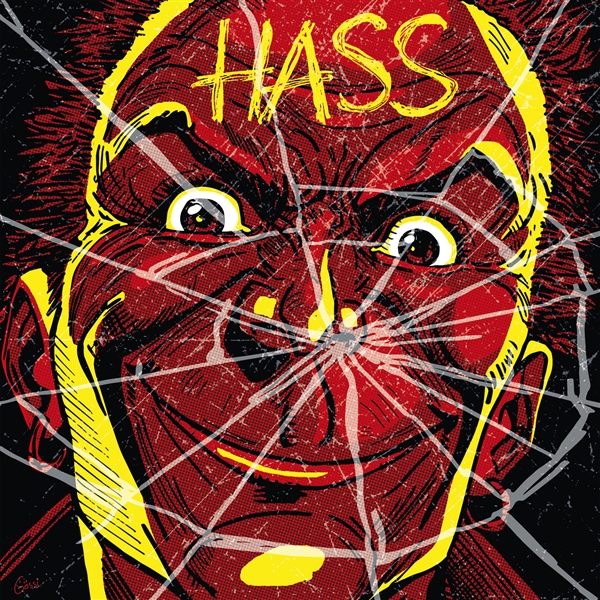 Colored 180g one-sided 12" EP w/ Silkscreen Print on B-Side incl. MP3 Download Card (Lim. 500 Copies) When a band has been around since 1978 and has seen many other bands come and go, then you can confidently call it a " legend ". HASS have been active for over 40 years now, have set one of the foundations for German punk and their albums "Gebt der Meute was sie braucht" and "Allesfresser" are still absolute classics that belong on every well-stocked record shelf. The band from Marl has released ten albums, five singles/EPs and played countless concerts, and even in 2022 their songs are as up-to-date as ever. And not only that: HASS also shows itself politically and combative on new songs - this proves the self-titled EP. Four uncompromising songs that make it clear that HASS still belong to the spearhead of the German-speaking Punk scene. On songs like "Im nchsten Leben werde ich wieder Punk" and "Das hunderttausendste Anti-Nazi-Lied", they show with a new singer that even four decades later they still carry the rage of the early days and take a clear edge against any form of injustice. HASS remains an original and they underline that impressively with this EP.

The Process Of Elimination