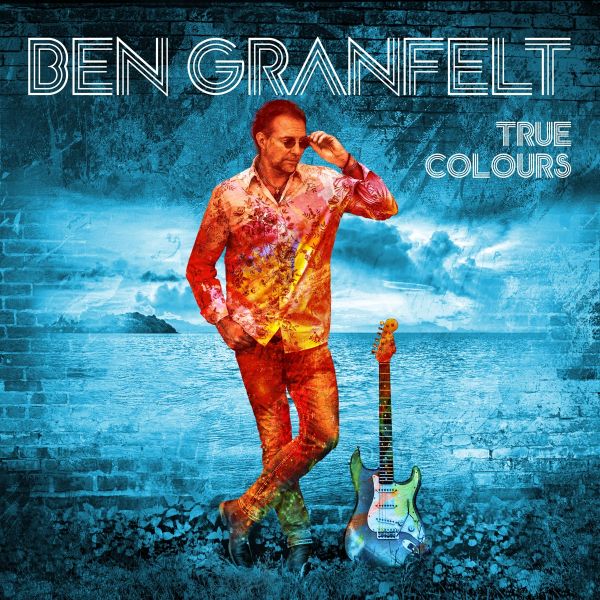 The Finnish guitarist Ben Granfelt has been one of the most virtuoso and internationally sought-after representatives of his profession for more than thirty years. The Helsinki-born musician started his career in the mid-1980s with the band Gringos Locos, before he later achieved international fame with Leningrad Cowboys, Wishbone Ash and Finnish rock'n'roll sensation Los Bastardos Finlandese. In addition, the string virtuoso, who has featured on 38 albums and who received the Golden Emma Guitar Award in 1997 for his song "Slapshot", also has a very successful in his solo career. Now Granfelt presents a brand new (eighteenth) album with "True Colors", on which he again impressively proves his position as an exceptional musician and an excellent songwriter. Together with his band, consisting of keyboardist Miika Aukio, bassist Masa Maijanen and drummer Jari Salminen, he comes up with highly atmospheric classic rock enriched with blues elements. Bryn Jones from Los Bastardos Finlandeses adds vocals on the two songs "Love Or Nothing" and "Down For The Count".

1. VICTORIOUS
2. NO TURNING BACK
3. HEY STRANGER
4. ARMS OF AN ANGEL
5. MOMENT OF MADNESS
6. ORIENTAL EXPRESS
7. DOWN FOR THE COUNT
8. LATE NIGHT IN HAMBURG

My Soul To You