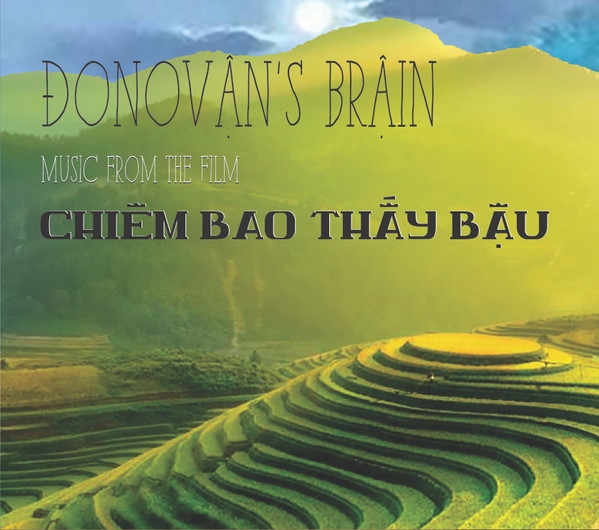 Donovan's Brain recently paused work on their new album to honor a request from an independent experimental Vietnamese filmmaker known as Mr. Tam, for a collection of soundtrack music. The music for the film Chiêm bao thay Bau shows off a side of Donovan's Brain which is in contrast to the usual high energy and liquid modern psych they are known for. An astute listener would have noticed the strains of prog and the Krautrock influences of Neu!, Cluster, Kraftwerk, and Harmonia that have appeared in rationed doses in the past. A film soundtrack gave Donovan's Brain a chance to share a full album in this style. Chiêm bao thay Bau is the story of two lovers who can only meet in their dreams. The couple struggle with the disorienting and often disturbing nature of the dream life. Donovan's Brain have attempted to capture the ephemeral nature of a dream world in eleven songs: five instrumentals and six vocal tracks. Chiêm bao thay Bau is packaged in a full color triple wide gatefold CD wallet.

1. PREMIèRE RENCONTRE
2. I AM NOT
3. CONNEXION COMPLèTE
4. UNEXPECTED
5. HOLDING MY OWN
6. CULTURED MEMORY
7. DISTANCE IS CREATED BY TIME
8. KNIVES
9. A STORY IN A STORY
10. I DONT DREAM ANYMORE
11. DES FORMES QUI CHANGENT LENTEMENT

A Defeat Of Echoes

Convolutions Of The Brain (box Set)

A Defeat Of Echoes

Shake It Or Leave It