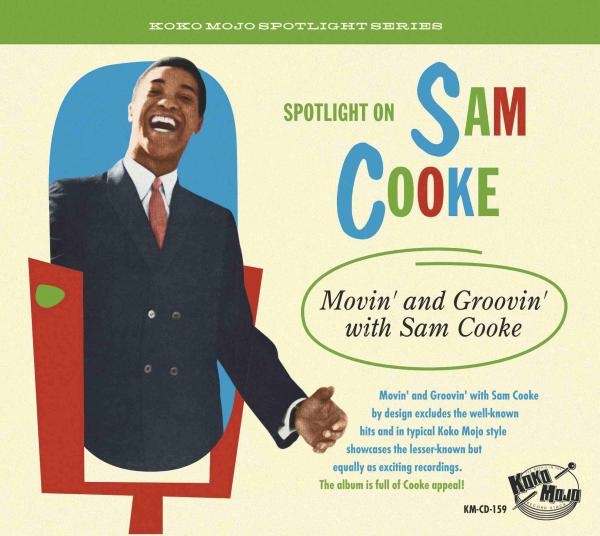 Movin' And Groovin' With

Fifth episode of the "Spotlight Series" on KOKO MOJO, which is dedicated to individual artists - CD in a three-part digisleeve with 28 songs and liner notes about the life and career of the world star and soul pioneer SAM COOKE. SAM COOKE (1931-1964) is a world star and founding father of soul music. The multiple "Hall Of Fame" member (rock'n'roll, songwriters, rhythm'n'blues), who was awarded a Grammy Lifetime Achievement Award, is unforgotten by world hits like "Chain Gang" or "Wonderful World". ROD STEWART, CAT STEVENS, ARETHA FRANKLIN, ART GARFUNKEL or AMY WINEHOUSE covered. Here KOKO MOJO presents 28 songs from the early years, some with his band THE SOUL STIRRERS, which was well received in the gospel community. The singer with the velvety voice, who became known on labels such as SPECIALITY and later founded his own label SAR RECORDS, illustrates the interfaces between Rhythm'n'Blues and Gospel, which from the 1960s were perceived worldwide as soul music.

Twistin' The Night Away

It's A Man Down There