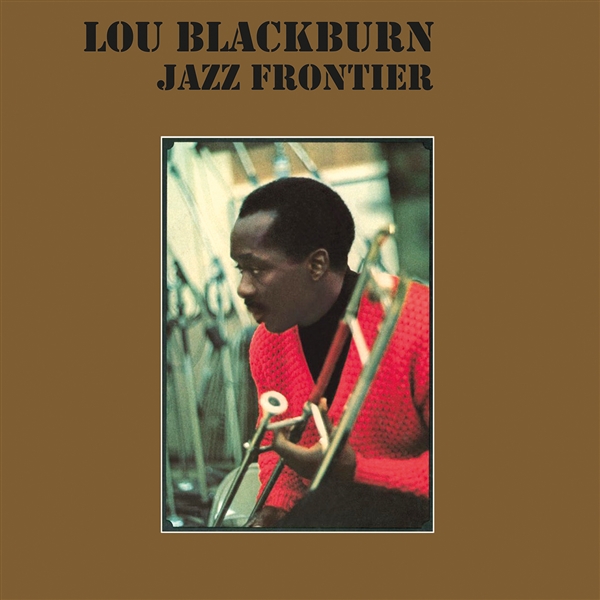 Lou Blackburn's debut Imperial session has to be considered mostly a bop album, even though traces of contemporary pop culture and soul are clearly an influence. The trombone player is joined by Freddie Hill (trumpet), Horace Tapscott (piano), John Duke (bass) and Leroy Henderson (drums). Blackburn was born in Rankin, Pennsylvania, during the 1950s, he played swing music with Lionel Hampton. In the early 1960s, he began performing with musicians like Cat Anderson, among others. He also appears on the album Mingus at Monterey. He also did crossover work with The Beach Boys and The Turtles, among others. From 1970, he lived in Germany, where he formed the amazing and highly influential ethno jazz band Mombasa. Jazz Frontier was his second - and last - album for the Us independent company Imperial and was released in 1963.