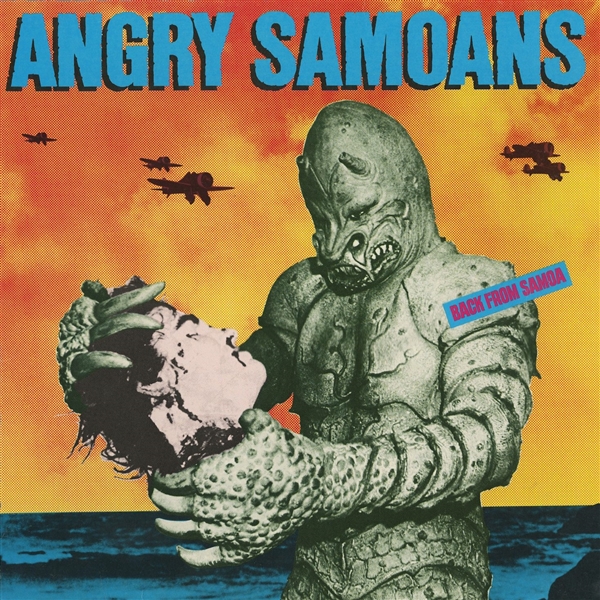 Back From Samoa (orange)

Orange vinyl. Back from Samoa is the sophomore effort from SoCal hardcore legends Angry Samoans. Building on their debut album Inside My Brain, Back from Samoa raises the ante on all things Samoan: aggressive riffs, outrageous lyrics, offensive material, loads of political call-outs and tons of fun, whimsical humor. This album is fast, furious and funny. Rising from the ashes of VOM - a semi-serious venture including Gregg Turner and Metal Mike Saunders, both rock writers at the time, and legendary rock critic Richard Meltzer - the Angry Samoans unleashed a torrent of hard-driving, brief, lyrically lucid songs that struck a tone both political and humorous. This synthesis of fun and anger struck a chord with American culture and became the foundation for an entire movement's musical voice.

Inside My Brain (red)

Too Animalistic: The 1978 Demos

Statement Of No Statement