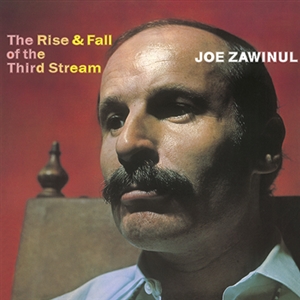 The Rise And Fall Of The Third Stream

Pioneering keyboardist Joe Zawinul will always be remembered for spearheading the fusion project Weather Report and for his input on important Miles Davis LPs. After classical training in Vienna during his youth, Zawinul began working with leading Austrian jazz musicians in the early 1950s, including the pianist and composer Friedrich Gulda, and after moving to the US in 1959 he joined Maynard Fergusons big band, accompanied Dinah Washington and Sweets Edison and rose to prominence in Cannonball Adderleys band. Although his debut solo album, Money In The Pocket, was mostly in hard bop mode, the 1968 release The Rise & Fall of the Thrid Stream saw Zawinul excercise his grounding in classical music, making the most of Mississippi-born William S. Fishers stirring compositions and orchestral arrangements, which form a striking contrast to Zawinuls lively acoustic and electric piano lines, perhaps heard most strongly on "Soul Of A Village, Part II." The Third Stream sub-genre sought to balance jazz and classical elements and on his acoustic interpretation of Guldas "From Vienna, With Love," Zawinul demonstrates most clearly his groundbreaking work within the genre.

It's A Man's Man's World