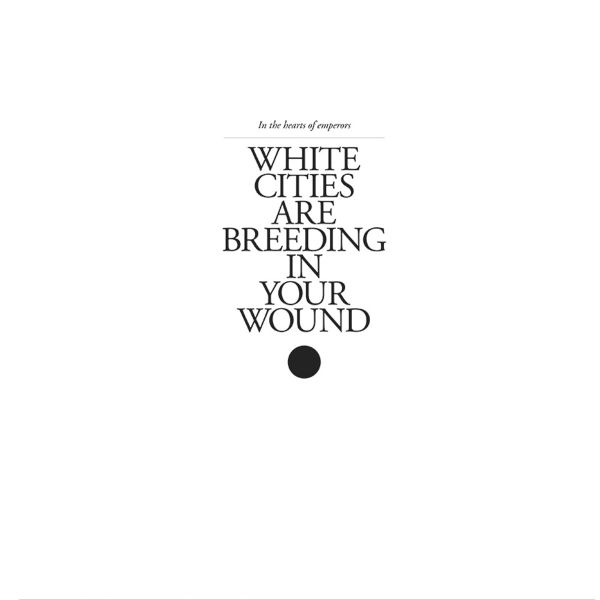 IN THE HEARTS OF EMPERORS are a four-piece band from middle east of sweden. Their hometown Nyköping lies very close to swedens capital city of Stockholm and was a former king residence in the past. Nyköping feels like a very small and lonesome city, kind of forgotten and that the people there are very focused on theirself. In this idyll the band was born and all the influences formed the band like theye now. First sign of life from IN THE HEARTS OF EMPERORS was there Split with DOWNFALL OF GAIA in 2011. Followed by another Split with their russian friends in REKA (2012), the band now finally releases an own full-length. ,White Cities Are Breeding In Your Wound" is the title of this heavy record. Nothing for fans of fast and postive, this release brings you absolutly down to the ground and pushes you even more down with his depression, desparation and monotomy! But this is the concept! Monotomy is nothing bad at all and a very coherent and complex album has been created here. Melodies are coming back again and again and you feel some kind of bound between all the songs. The band waives of long lyrics and also cuts down this to a minimum. It is hard to get into this artful concept, but if you open your ears and mind for this, you will see/hear a full and complex album. This is not very far away from the almighty AMENRA. The reduced artwork was again made by the bands singer Victor Soldeus.

Heaven In Her Arms