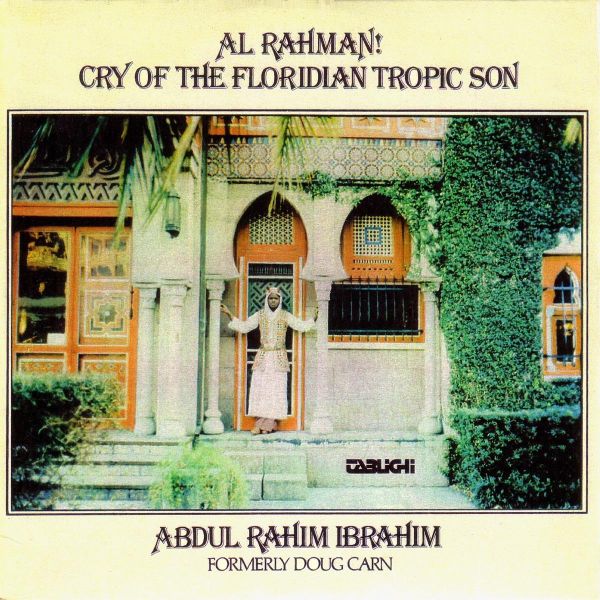 Apparently Arabic inspired (and sung in places!) spiritual soul/jazz album, recorded after leaving the Black Jazz label in the late 70's...groovy stuff with epic production. Slightly in the vein of John Lucian...out there!!! Born in New York in 1948, Doug Carn is brought up in Florida by his mother who teaches music in the American school system. Completely naturally, he starts to play classical piano at the age of 5, then alto saxophone at 8 years old under the influence of his uncle who is a DJ and a jazz fan. When he is 14, Doug forms his first professional RnB band, The Nutones, which performs in clubs and music shows all over Florida and southern Georgia. At the same time, he becomes the regular organist at his church in the town of St Augustine. He finishes top of his class in high school and is offered a place at the US Air Force Academy, which he turns down in order to study composition and the oboe at the University of Jacksonville.