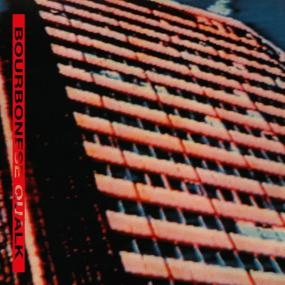 The self named LP marked the fifth album and end of the first incarnation of Bourbonese Qualk. Julian Gilbert left the group after The Spike'(1986) to concentrate on writing and theatre, leaving Steven Tanza and Simon Crab who parted ways after touring in Europe in early 1986 and recording this album. Steven Tanza went on to found the group The State and while Crab continued as Bourbonese Qualk (with the new line-up of Miles Miles,Crab and Owen If), dissolved the Recloose Organisation label and founded New International as the outlet for future Bourbonese Qualk and Recloose Org releases.

Waves Of The Future

Death Of The Machines, Vol. 1